Bill Mithen appointed as our next board chair

Bill Mithen will commence as Tourism Greater Geelong and The Bellarine (TGGB) board chair from 12 April 2022 for a three-year term, following a competitive recruitment process.

The new appointment will replace current board chair, John Stevens, who was appointed as the inaugural chair when TGGB was first established in 2013.

In addition to assisting the transition from Geelong Otway Tourism, Mr Stevens has been involved in doubling the visitation to the region, increasing membership numbers and record local, state and federal government investment.

Greater Geelong Deputy Mayor Trent Sullivan, Chair of the Tourism portfolio, said both Bill and John are known as enterprising and passionate leaders.

“I’d like to congratulate Bill and welcome him to the board as chair for when he starts this April. His term will be an incredibly important one as our region recovers from the impacts of the pandemic,” Cr Sullivan said.

“John should be very proud of his memorable nine years at TGGB. He leaves behind an incredible legacy for Bill to step into and the rest of the board to carry on.”

Tourism Greater Geelong and The Bellarine Executive Director Brett Ince said he was sad to see John finish up after an incredibly successful and significant term as chair.

“We’re incredibly thankful for John’s passion for the industry over the past nine years, and his enthusiasm in leading the organisation through some pretty significant milestones and achievements during his term,” Mr Ince said.

“We’re sad to see him go but equally excited for the future of our local tourism industry with Bill Mithen leading the charge.”

“Bill brings a fresh perspective and new expertise to Tourism Greater Geelong and The Bellarine which will be valuable skills as our region recovers.”

Mr Mithen is currently the Chief Executive Officer at Give Where You Live Foundation, board chair at gforce employment and recruitment and a member of the Barwon Regional Partnership. He is a former deputy chair of Wine Geelong and, up until recently, was chair of G21 Geelong Region Alliance which was a position he held for five years.

“As a born and bred Geelong local I’m excited about the future opportunities for Geelong and The Bellarine. Restoring tourism and the visitor economy will be crucial to our region’s future growth and recovery from the pandemic and I’m honoured to be given an opportunity to continue to play a role,” Mr Mithen said.

“I am very proud of what TGGB has achieved and have full admiration for the resilience and capability of the industry. I wish Bill, the Board, Team and the industry all the best with the years to come,” Mr Stevens said. 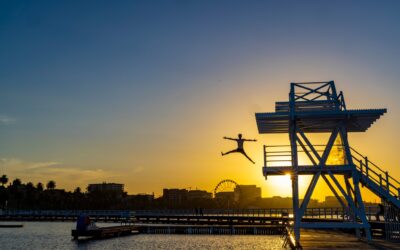 A new brand sharing the greater Australian stories of Geelong

People across Australia will be able to discover what makes Geelong greater as part of a new unified place brand to attract migrants, businesses, students, and tourists to the region.

END_OF_DOCUMENT_TOKEN_TO_BE_REPLACED 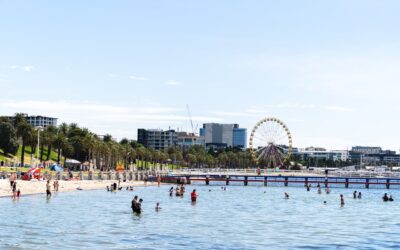 We have joined leaders from across the Geelong region to call for urgent partnership from state and federal governments to manage Geelong’s extraordinary population growth.

END_OF_DOCUMENT_TOKEN_TO_BE_REPLACED 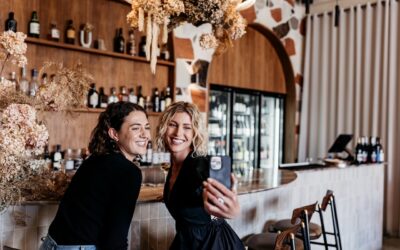 When It Comes To Local Tourism, Everyone’s An Influencer

The most important tourist attraction in Geelong is the people who live here.

END_OF_DOCUMENT_TOKEN_TO_BE_REPLACED