Over and Out, Roger Grant! 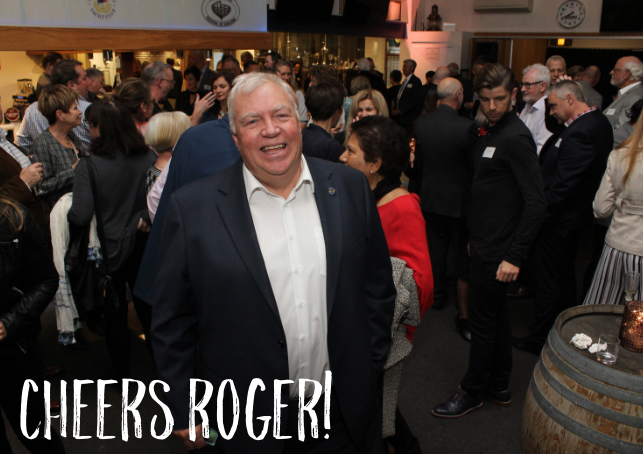 The Festival of Roger Grant cont.

Thank you to everyone who was able to attend the festival of the year AKA Roger Grant’s retirement celebrations.

In his 26 years as Executive Director of Geelong Otway Tourism/ Tourism Geelong & The Bellarine, Roger has created many lasting relationships. We know many people who would have liked to attend we’re unable to make it to one of the many farewells, so we have compiled all the images, videos and the glorious Ode To Roger written and performed by Tracy (with a helping hand from Will) that served to bid farewell to the big cheese.

From the TGGB Members Forum on Tuesday, 18th June…. 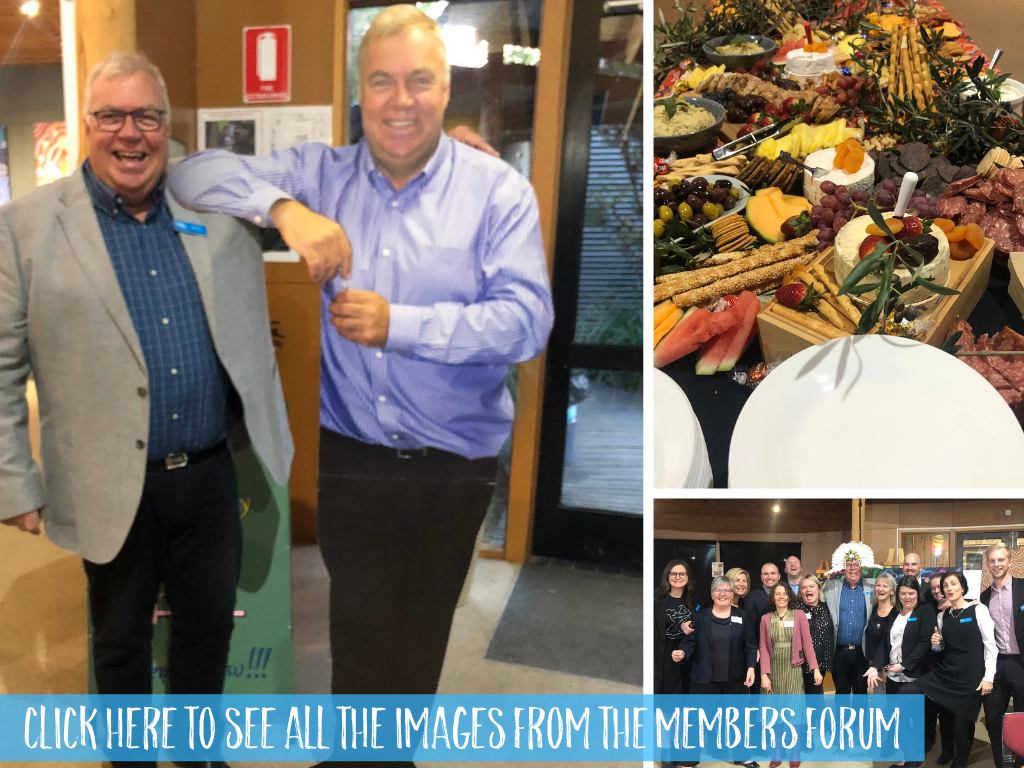 In inimitable TGGB style, our residents wordsmiths Tracy Carter & Will Barber whipped up a poetic tribute to explain just how we all feel about Roger, an Ode To Roger was read on the night…

An ode to Roger, the tourism boss,
Retirement’s gain is our industry’s loss.
Tonight we’ll wish him well on his way,
But first we’ll shed light on the antics he plays.

Keen to get cracking, he’s first in the door,
Fires up his PC, briefcase hits the floor.
The inbox is crowded and ‘to-do’ list lingers,
He thumps out replies with his two index fingers.

Researching he spends a lot of his time,
On YouTube, VR, social media, online.
Great videos he finds, but the volume keeps peaking,
I’m surprised Jane Den Hollander can’t hear them at Deakin.

Roger’s old school, and he makes no apology,
He beats up photocopiers, and shouts at technology.
Wearing his VR headset, 360 drones everywhere,
Stumbling around like a blind man, with his hands in the air.

Some of you may remember his glorious moustache,
Which he regretfully shaved, for big charity cash.
That’s the kind of man that Rog is, really,
Always willing to do things, even if he looks silly.

The man loves a dress up, and has an endless supply,
We haven’t dared check with Anne, to investigate why.
He’s up for a laugh and anything goes,
He’ll dance, he’ll sing, he’ll take off his clothes.

Our office can be a competitive bunch,
Watching races and sport while eating our lunch.
Roger reads the form guide and submits footy tips,
But his return on investment is the absolute pits.

He’s active, switched on and a pretty fit bloke,
But at his age there’s always a slight risk of stroke.
So needless to say, the whole office was stressed,
When one Friday arvo found Roger ‘asleep’ at his desk.

He’s been everywhere, man, his passport is chockers,
With global adventures, some of them shockers.
Whether the trip was for work, rest or play,
We’d prepare for yet another Snapfish book display.

Roger brought a little culture to our waterfront town,
After work on a Friday he’d sit us all down.
Fine cheeses, good wine and civilised chat,
After a long week of tourism, we’re all grateful for that.

Seriously, though, he’s been all the places,
Met all the people, seen all the faces.
He’s met famous folk, including the Queen,
Wondering where to go? He’s already been.

Now I’ve had some fun at old Roger’s expense,
I better get serious; this might get intense.
Many have said this, I know it to be true,
He’s a deadest legend, a champ through and through.

The culture he’s built ‘round his team and our role,
Is one of empowerment to achieve our own goals.
Visionary, uncompromising, vocal and strong,
What a man to lead tourism in Bellarine and Geelong.

Speaking of his team, we all love him to bits,
Even though on occasion, he might give us the shits.
He loves us right back, and at the drop of a hat,
He’ll be by your bedside, Di’s witness to that.

It rolls off the tongue, easy to call someone brave,
But it suits Roger well as caution he’ll waive.
I mean, who else in a tourism clip would endorse,
Zombies and magic and the mayor on a horse.

Whether rocking a mankini, and shooting the undead,
He’s given his all for this region, with this team that he’s led.
Contrary to what some local ‘journos’ might claim,
Mr Tourism’s always been at the top of his game.

Cheers to you Roger and thanks for the lessons,
For your vision, your support and our footy-talk sessions.
As a boss you’ve taught me more than you know,
As a friend and a person you’ve helped me to grow.

Our team and region blossomed, with you leading the charge,
We know the next chapters will be equally large.
Thank you for your efforts and all that you’ve done,
The tourism boss, Roger, the best, number one. 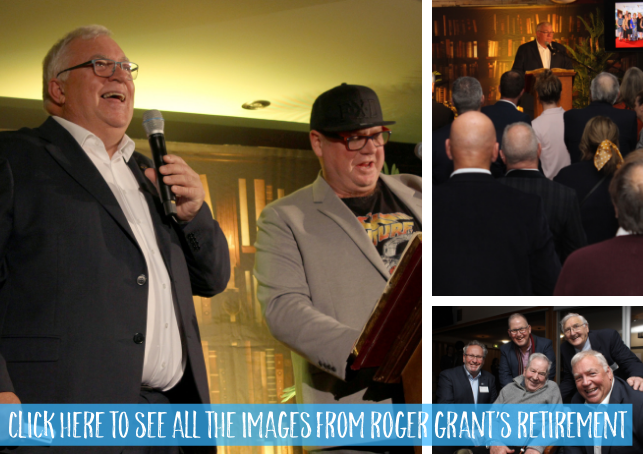